Mrs. Ressler's Food Products Company is a family owned enterprise based in Philadelphia, PA, established over 60 years ago by Edith and Emerich Ressler. Mrs. Ressler's now has three generations of family members in the company. All of us at Mrs. Ressler's pride ourselves on the high quality of our deli products. We manufacture both beef and poultry products that stand out from the competition. That's because we go to market with a sense of pride and integrity that is inherent within each item we produce.

In 1954, Edith and Emerich Ressler started a prepared foods business in a rented butcher shop in Philadelphia. They had only one employee and manufactured salads and chopped liver products. The business slowly prospered as the Resslers developed more products to satisfy the needs of the post World War II generation.

In 1956, after securing the major supermarket retailer in Philadelphia at the time as an account, Mrs. Ressler's moved to a slightly larger location on Naudain Street with more manufacturing capacity. They also increased the number of people in their company to five. By reputation alone, the business continued to grow beyond that location's confines and the Resslers invested in a building on North Bailey Street and watched their employee ranks swell to 15.

It was at this time that Mrs. Ressler's expanded its product line and started to cook meat products for the supermarket deli using old-world style recipes. The nature of the business required more and more manufacturing space. In 1968, the Resslers, who were committed to Philadelphia, purchased a building on West Oxford Street with plenty of room for future growth, although upon purchase the Resslers leased part of the building to the Armour Company.

By 1973 Mrs. Ressler's operations expanded to the entire West Oxford Street facility, and the business continued its positive growth trend. However, in 1982, tragedy struck and a fire seriously damaged the plant. Due to their industrious nature, the Resslers invested back into the plant and modernized the facility with state of the art processing equipment.

In the summer of 1997, the Company once again outgrew its confines and developed a plan for expansion of the West Oxford Street location. The Resslers then expanded its facility of 39,000 sq. feet (for manufacturing, cooling, and general offices) to almost 60,000 square feet. The improved facility opened up in January 1999 and included increased manufacturing capability as well as new general offices and a new employee parking lot to accommodate an average number of employees that had increased to nearly 75 people. 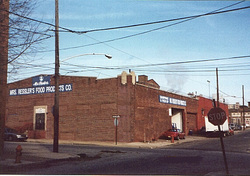 On June 4th 2002, tragedy struck again, with a six-alarm fire that completely destroyed the manufacturing facility, leaving only their company office standing. Once again, Mrs. Ressler's began the long task of rebuilding. After nine long months of supplying their loyal customers with co-packed products, Mrs. Ressler's opened the doors to their new 108,000 square feet, state of the art facility on March 3, 2003. This location was adjacent to the Philadelphia International Airport.

From 2003 to April 2009, Mrs. Ressler's Food Products Company operated at 8400 Executive Ave. Here, the Company continued to manufacture ready-to-eat beef and poultry deli products and shipped to 28 states in the continental US, experiencing one of the largest growth periods in its history in pursuit of maximizing the capacity of the new facility. The Resslers had once again shown their industrious nature and dedication to the Philadelphia area, as well as their eye towards future growth. 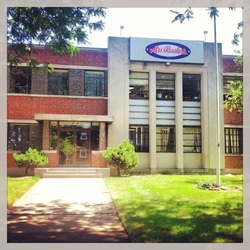